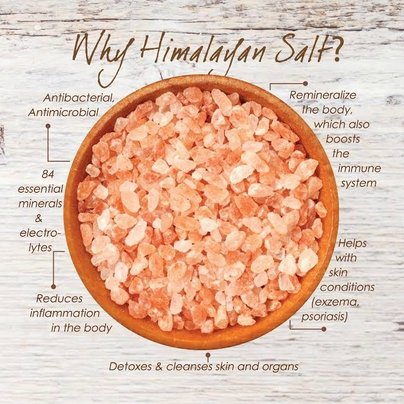 I went to a Himalayan salt cave today. It was actually a gift that my wife and I gifted to her sisters for Christmas. Her niece/goddaughter also came along as well. Our intention was to drive them to the salt cave, get them settled into their appointment and then leave for a quick bite and then head back to pick them up.

Well, we got them set up and then as we were waiting for them to enter the cave, we were approached by the owner of the salt cave. Talk about a hard sell. Geez! This guy was relentless. And he could not figure out why the two of us were not going into the cave. Our intention was to go to a nearby pancake house and just unwind that way. But somehow, we got talked into going into this thing. The sisters we treated ended up treating us, which was incredibly generous.

I did not want to go because my wife and I both know all the benefits of Himalayan salt. We cook with it and even have a bedside lamp that we use regularly. And we explained this—repeatedly, to no avail.

Sigh. So we go to the prep area, hang up our coats, stow our stuff in lockers and cover our dyed socks with white socks so the salt does not get contaminated. The cave itself is wall-to-wall Himalayan salt with finely ground Himalayan salt on the floor. When you enter, you see a sea of anti-gravity chairs with blankets on them. You pick a chair, sit down, kick back—literally and cover yourself with the blanket. The room lights get turned down and you have a star-lit ceiling (twinkling LED lights) to stare at for 48 minutes with meditative music playing in the background. A super fine mist of Himalayan salt also is sprayed intermittently throughout the session as well.

Many people fall asleep, during this, which they did. In fact, some even began snoring. I am not a snorer, and I don’t fall asleep easily in strange places with a room half full of strangers. But it was relaxing.

Was I glad I did it? Not particularly. It left me feeling a bit, well, salty. It was not what I really felt like doing and though it was nice to share the experience with the others, I was still a bit irritated. I know. Get over it. First world problems and all that. I honestly just really had my heart set on pancakes.

In all honesty, the day was really about spending time together with family. And that’s more valuable than anything.

Tomorrow’s another day. Until then, I will simply bask in the glow of my Himalayan salt lamp and drift gently off.